A Bit About Anne-Marie

“Champions aren’t made from the genes; Champions are made from something they have deep inside of them – a desire, a belief, a vision.  They have class and they have stamina…they have to have the skill and the will, but the will must be stronger than the skill.”

A quote that has stayed with Anne-Marie Knight since an amateur golfer and is the reason why Anne-Marie was able to reach her full potential with her golfing goals.

Anne-Marie Knight is a full vocational member of the PGA of Australia, holding advanced status in coaching.  In 2016 Anne-Marie was the first female in South Australian PGA history to be awarded the South Australian Teaching Professional of the Year Award.  Anne-Marie was also listed in in the Golf Digest Top 50 Golf Coaches in Australia for 2016 and is a Titleist Ambassador.  Anne-Marie applies a progressive approach to her coaching by engaging regularly in professional development to remain competitive and updated in the golfing industry.

As a playing professional Anne-Marie was the winner of the Ladies German Open in 1999 shooting a course record 64, defeating Laura Davies and Sophie Gustafson by one shot.  Anne-Mare also won the Age Match play Tournament at Kingston Heath in 1992 defeating Sandra McKenzie Wood as an amateur and was honored with the title of WPGET Rookie of the year in 1996.

An illustrious amateur career included three South Australian State Amateur Titles (1989-1992), winner of the Ladies Australian Amateur Championship in 1993, Winner of the Trans National US Amateur in 1995 and Runner Up in the Ladies US Amateur Championship in 1995.  Anne-Marie also represented Australia on numerous occasions in Tasman Cups, Queen Sirkit Cups, Commonwealth and World Cup.

Anne-Marie has a global exposure of knowledge and her approachable nature ensures that the coaching experience will help clients achieve lower scores and a more enjoyable game. 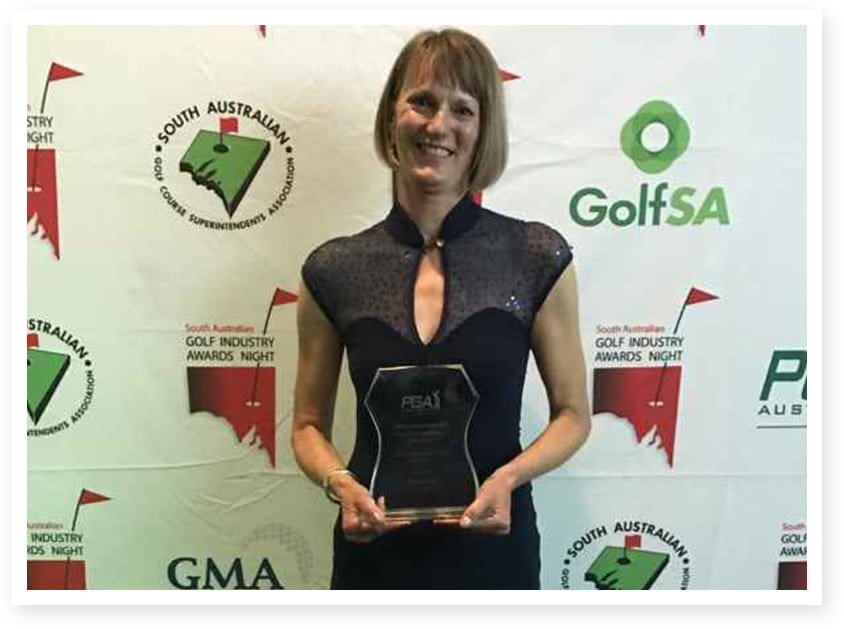 Let me help you achieve your golfing dreams with consistent improvement and increased enjoyment of your game.

Whether you are a beginner, social, a golfer with disabilities, junior, senior or dedicated golfer my coaching philosophy is individual and simple to ensure your longevity in the game.  Having refined my coaching abilities through playing competitively on the ALPG, LET and LPGA Tours for over 13 years I am passionate in offering you a holistic approach to your golf through video analysis, simple explanations and specific golf drills.  I believe persistence is the key to success!